Lynx and other mammals. Who’s chasing who?

Lynx has somehow grabbed my attention. I want to see a Lynx myself as well as show it to other people. I have discussed it with foresters and hunters and I have visited a lynx specialist. They might all be smirking and sneering, I can’t tell - tongue in the cheek or not – but I am ongoingly stubborn, I want to see one.

One Friday afternoon Jaan told me that he noticed fresh tracks of a lynx. I was waiting for Tuuli to come to the countryside for the weekend, so I called and asked her to bring the camera along. We shot the first frames in the twilight. 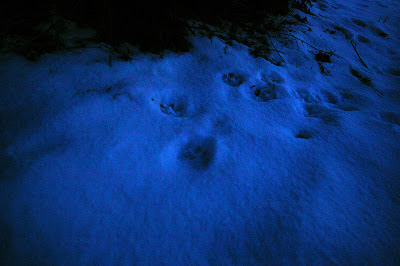 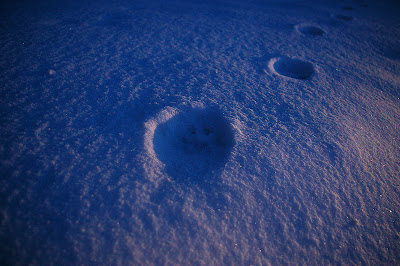 Luckily there was no snowfall at night. Next morning we went scouting. 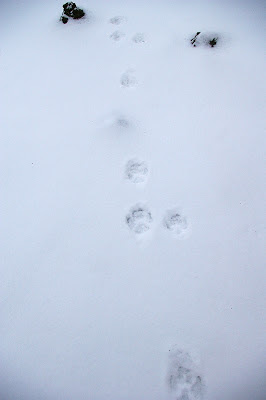 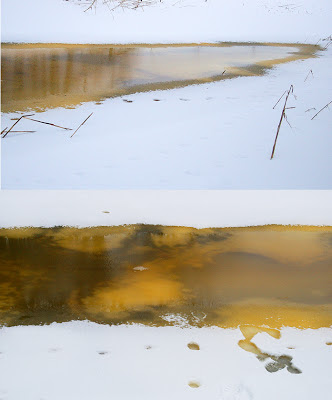 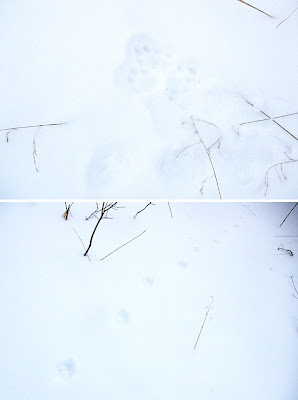 Now it sat down on the bank to think a little bit.
After that it bent it’s steps across the road to the meadow 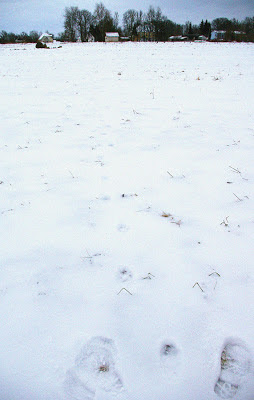 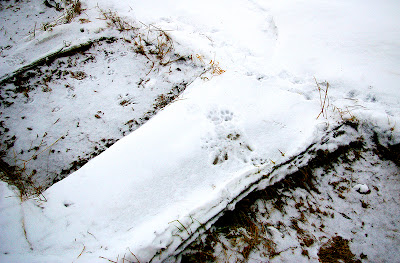 In the middle of the meadow at the haypack it had contemplated again.
And then gone back along it’s own tracks. Supposedly...

From that haypack it is hardly couple of hundred meters to my home. Back home I noticed that the lost tracks was circling around my car – right at my kitchen window. But then I realised- Jaan’s Carlos,has pawprints that look quite like a lynx!!:) 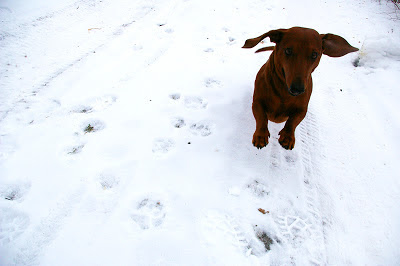 Nonetheless Mortimer had had fun

Tuuli enjoyed taking the pictures and working on them later to make them even better.

On Sunday we had a walk with Raul along the edge of the Tuhu bog towards Vatla to trace the lynx again. These are my unimproved pictures. 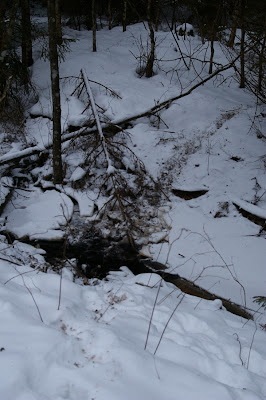 The wild boar had been here ... 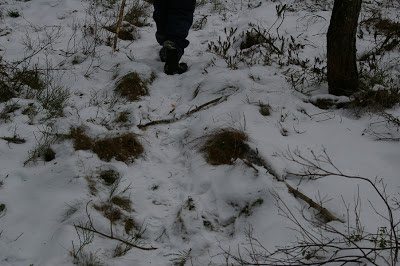 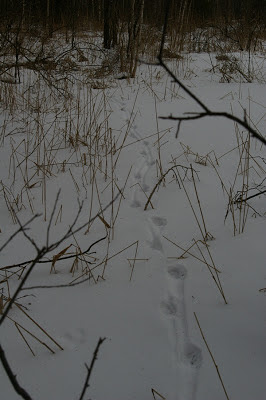 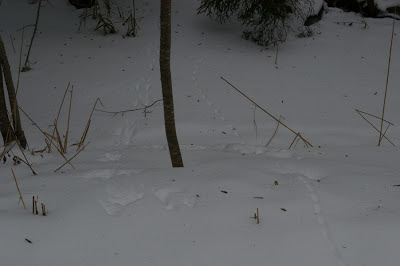 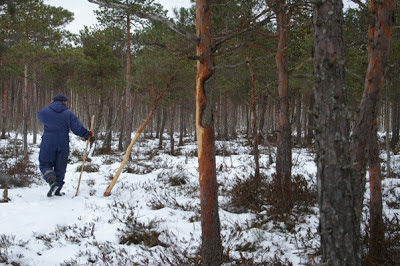 It seems the forest is full of hogs and squirrels, but not one lynx! Perhaps what they are saying is true, Lynx are hunting around human settlements this winter and at the edge of clearings. There are very few roe deer, the cold and snowy winters have done their work.
We went for a drive in the car. Wow! 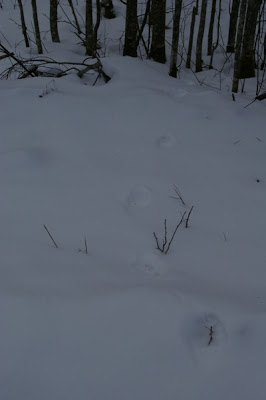 Broth of a lynx! The traces as fresh as those in Penijõe. 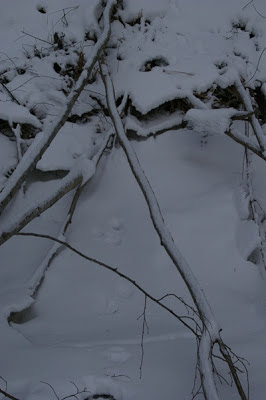 This one was crossing the ditch and going toe the forest ...


Yes, they do seem to prefer the open landscape and forest edges.
I turned back home continuing my survey. 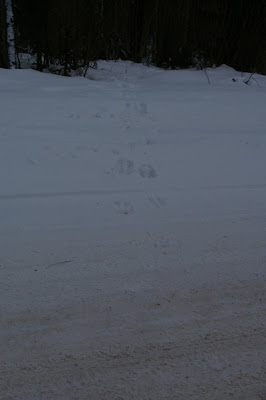 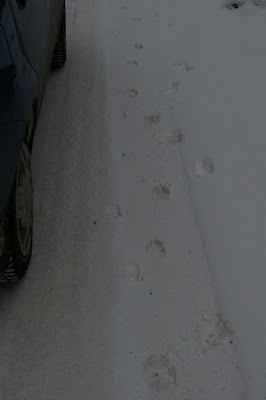 A wolf or a dog – no-one could tell by the photograph. Two wolves, I believe:)

This time I did not attend the garden birds survey, but my gamebag is remarkable anyway, isn’t it?

The following week I was sneaking around in Penijõe again together with my friend. Images captured with Nokia. 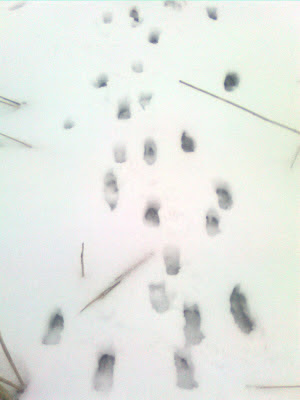 There are still some roedeer ... 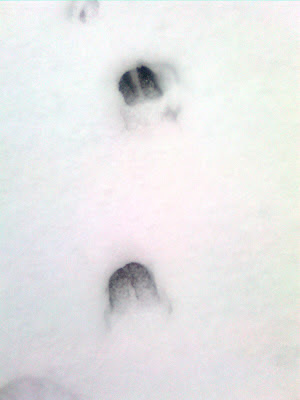 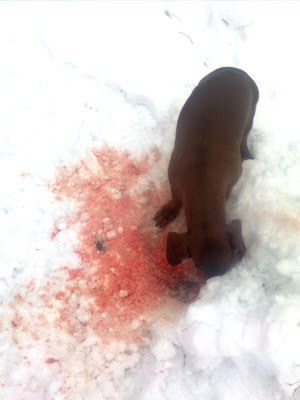 What’s up? Mortimer found from beneath the snow – is it really lynx’s job?
No fresh tracks this time


On Tuesday I met Jaan in the grocery and he told me, that the lynx has been around again. Helle added that the animal has learned it’s lesson and now comes home by itself ... In the meantime it had been snowing, but I found the tracks. 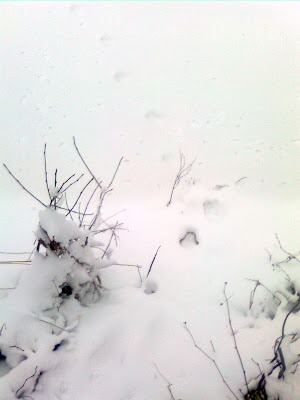 Crossed the river at the same place ... 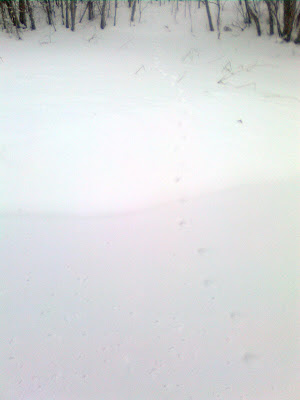 But gone back this time

The wolves are around too. 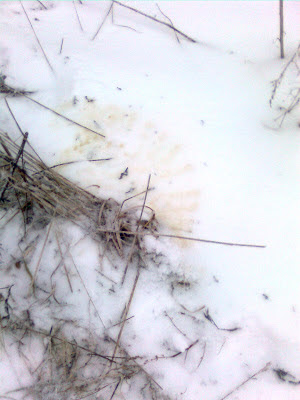 Here they have marked out the territory ... 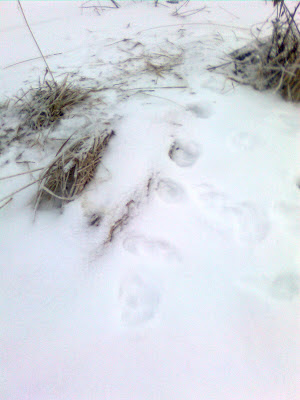 ... trodden around and marked again

The Great Tit has been singing already for the whole week: "Ti-ti-ta, ti-ti-ta!" Spring is in the air. Lynx will soon be looking for a mate.