In 2014 there were more bikers and hikers with binoculars on the roads of Estonia than usual. The reason behind this curious phenomenon was that the twitchers club Estbirding, was organizing Green Birding Year Race. The goal was to see as many birds as possible during the year, without using motorized transport. The race got some publicity on the radio and news portals and over 30 participants took part. The main birding frenzy happened in April and May when birds arrived from their southern wintering areas, but the guys with really big scores were active all year round. For example Margus Ellermaa, the eventual winner, got most of his birds doing migration counts from July to November at Põõsaspea Peninsula. The scores are a good indication how easy certain species are to come by. If we look at the woodpeckers - Black Woodpecker is on the list of 28 participants, Grey-headed Woodpecker on 23, White-backed Woodpecker on 20 and the elusive Three-toed Woodpecker on 8.
At the end of the year three people had broken the previous Estonian Green Birding Year record of 213 species.

Altogether we saw 261 species of birds and all these were found using only bicycles and our own feet!  Despite this we covered a distance of more than 20 000 km or half way around the world. Over half of the participants also recorded their birding hours and kilometres and the most active were: 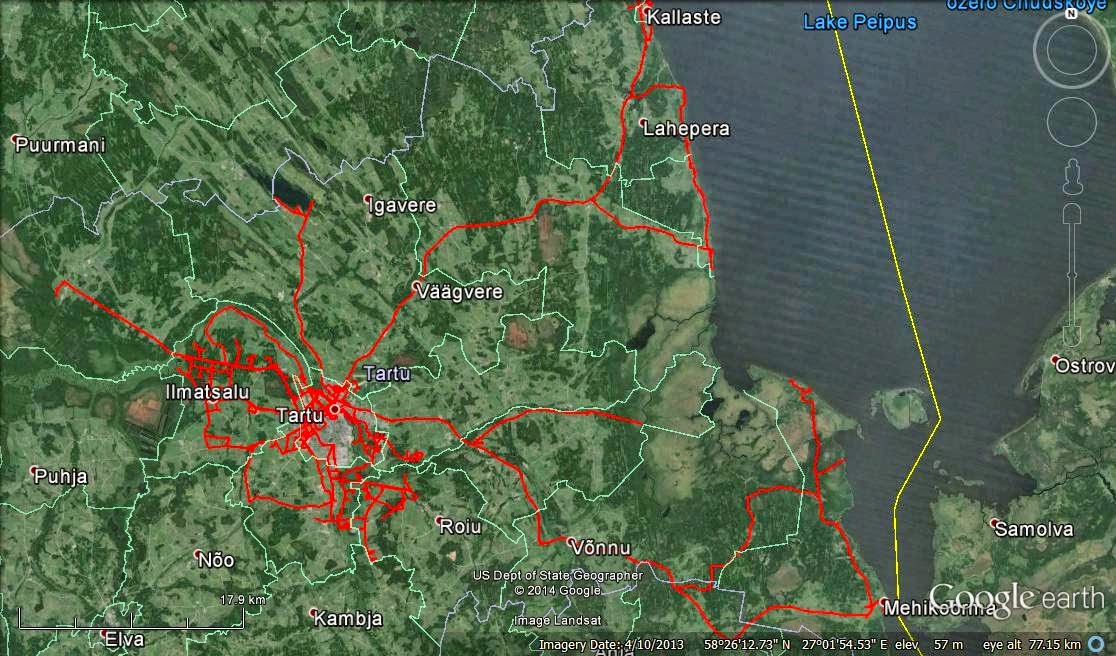 There were 21 aces, species only one birder saw.

Bird species list of Estonia can be found here...
Posted by Unknown at 1:37 AM 0 comments

The checklits of birds recorded in Estonia is currently at 385 species (categories
A..C), and can be found on the website of the Estonian Ornithological Society (EOÜ) 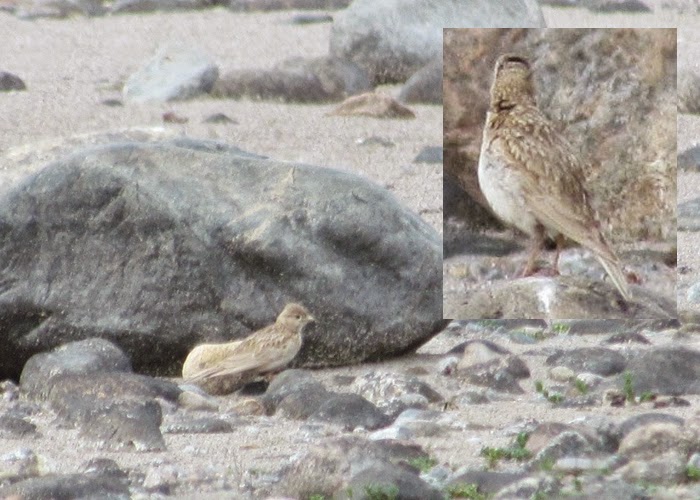 In addition to that Mandarin Duck (Aix galericulata) was transferred to the main list. Mandarin Duck was in category E as all records were considered cagebird escapes, but as there are now numberous birds breeding in the country it has been moved to category C - species and subspecies that are introduced or considered to have a self-sustaining population based on specimen escaped from captivity, also species, that occur here from similar populations outside Estonia. There are wild populations of Mandarin Duck in several places in Europe, the nearest regular breeding area being e.g. in Poland. Also in Finland the Mandarin Duck was recently moved to category C. This means that in Estonia there are 3 species now in category C: Canada Goose, Mandarin Duck and Feral Pigeon.
All the confirmed sightings of each species and subspecies, handled by the Rarities Commission can be viewed here...

Email ThisBlogThis!Share to TwitterShare to FacebookShare to Pinterest
Labels: Birdwatching, Birdwatching in Estonia

Every year the migration of arctic waterfowl is monitored at cape Põõsaspea and last years season came to a close on 6th of November. You can find preliminary numbers and comparison with previous years here ... 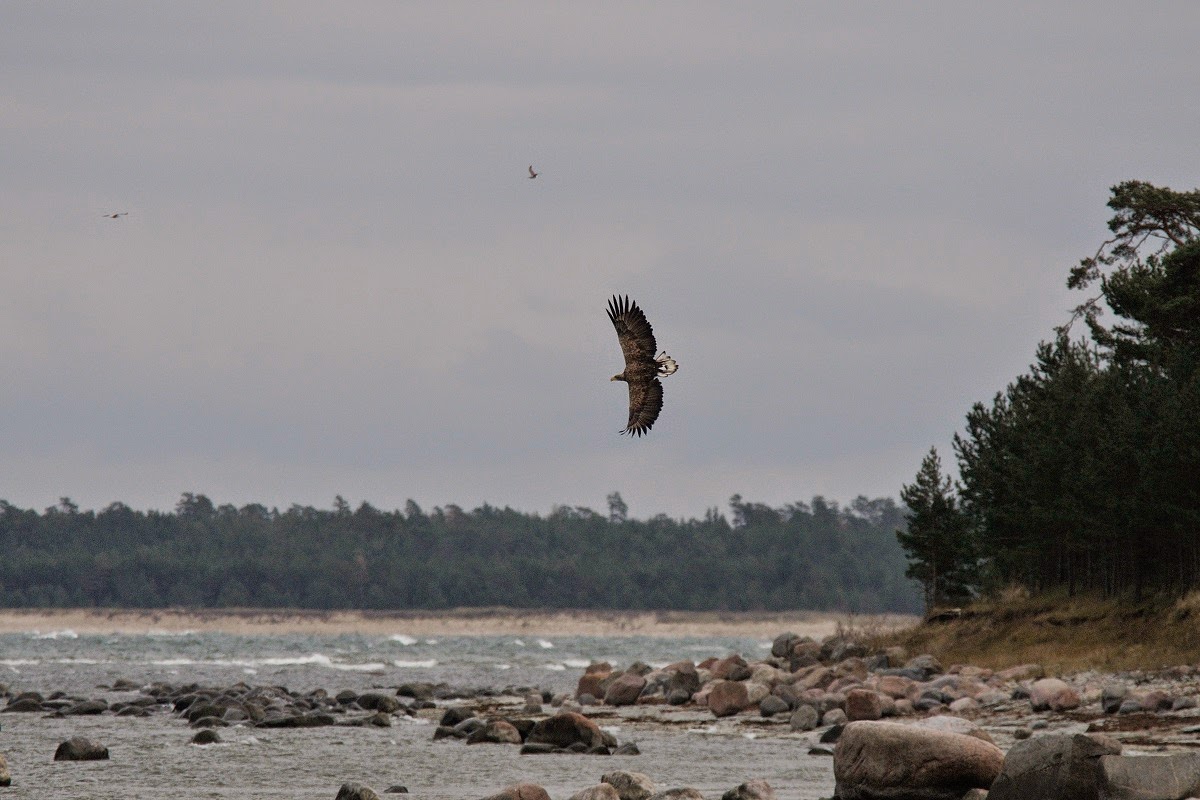 Cape Põõsaspea is one of the best places in the world to witness the  autumn migration of arctic waterfowl as birds moving south pass through a bottleneck between Cape Põõsaspea and Osmussaar Island (with a strait just 7 km wide). The birds become more concentrated in this narrow passage and counts can be incredibly high.  Many arctic and boreal birds that breed in north-western Russia between the White Sea and Taimyr migrate to and from their East-Atlantic wintering grounds through the Baltic Sea. Birds that use the Siberia /East-Atlantic Flyway include Long-tailed duck, Black and Velvet scoter, Barnacle goose, Brent goose and divers. 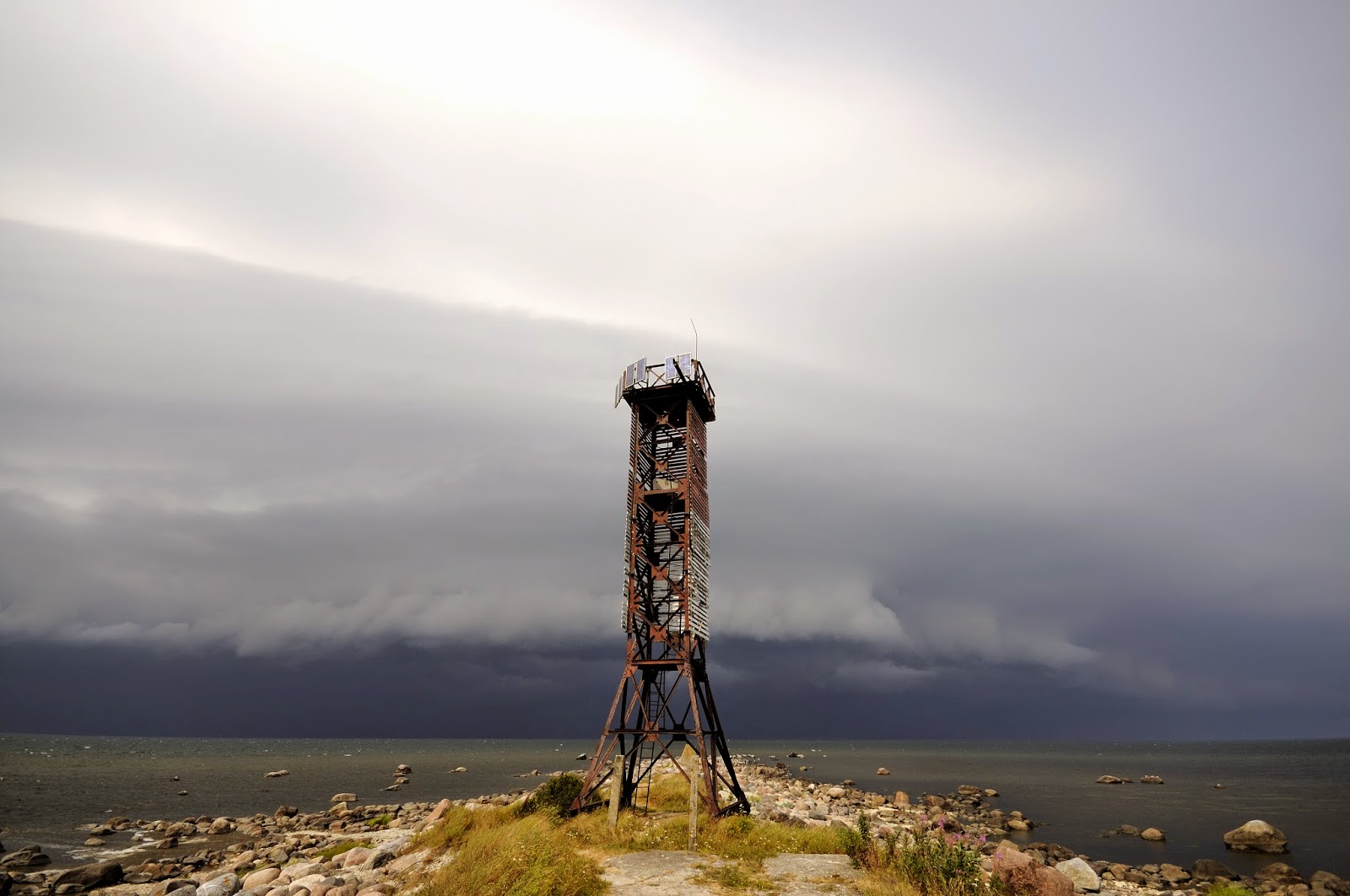 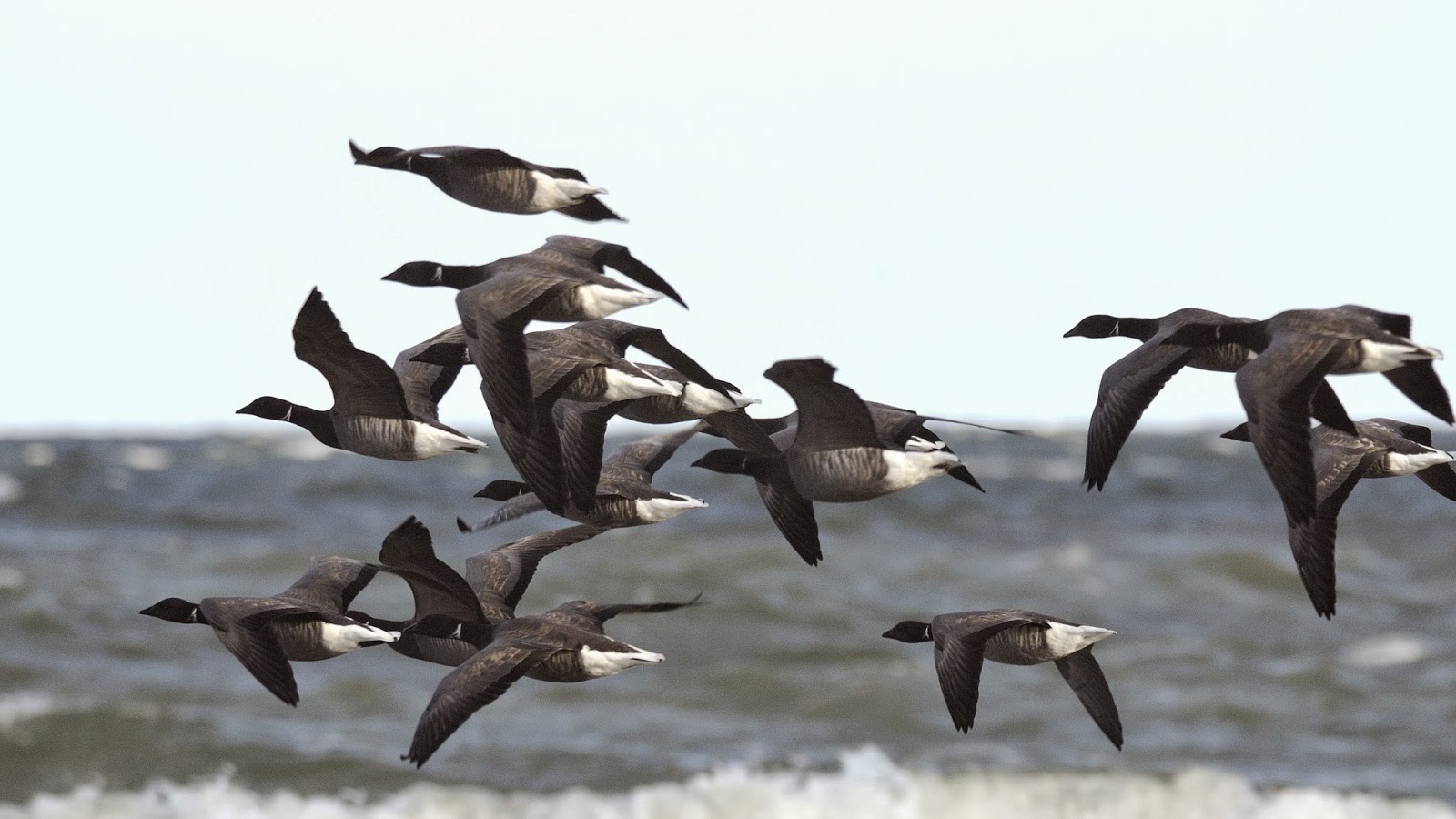 The bird census data for 2014 revealed, that the number of Long-tailed Ducks breeding in tundra has decreased to almost half of the figure 10 years ago when 431 000 birds were counted. In 2009 the number was 307 000 and in 2014 only 283 000 birds were counted. Margus Ellermaa, the leader of the monitoring project, says: „Two-fold decrease of the abundance of Long-tailed Ducks, breeding in tundra during the last 10 years, is one of the most important conclusions of the bird-counting activities in Põõsaspea. This decrease is probably due to oil-contamination and low-quality food in the Baltic Sea.” 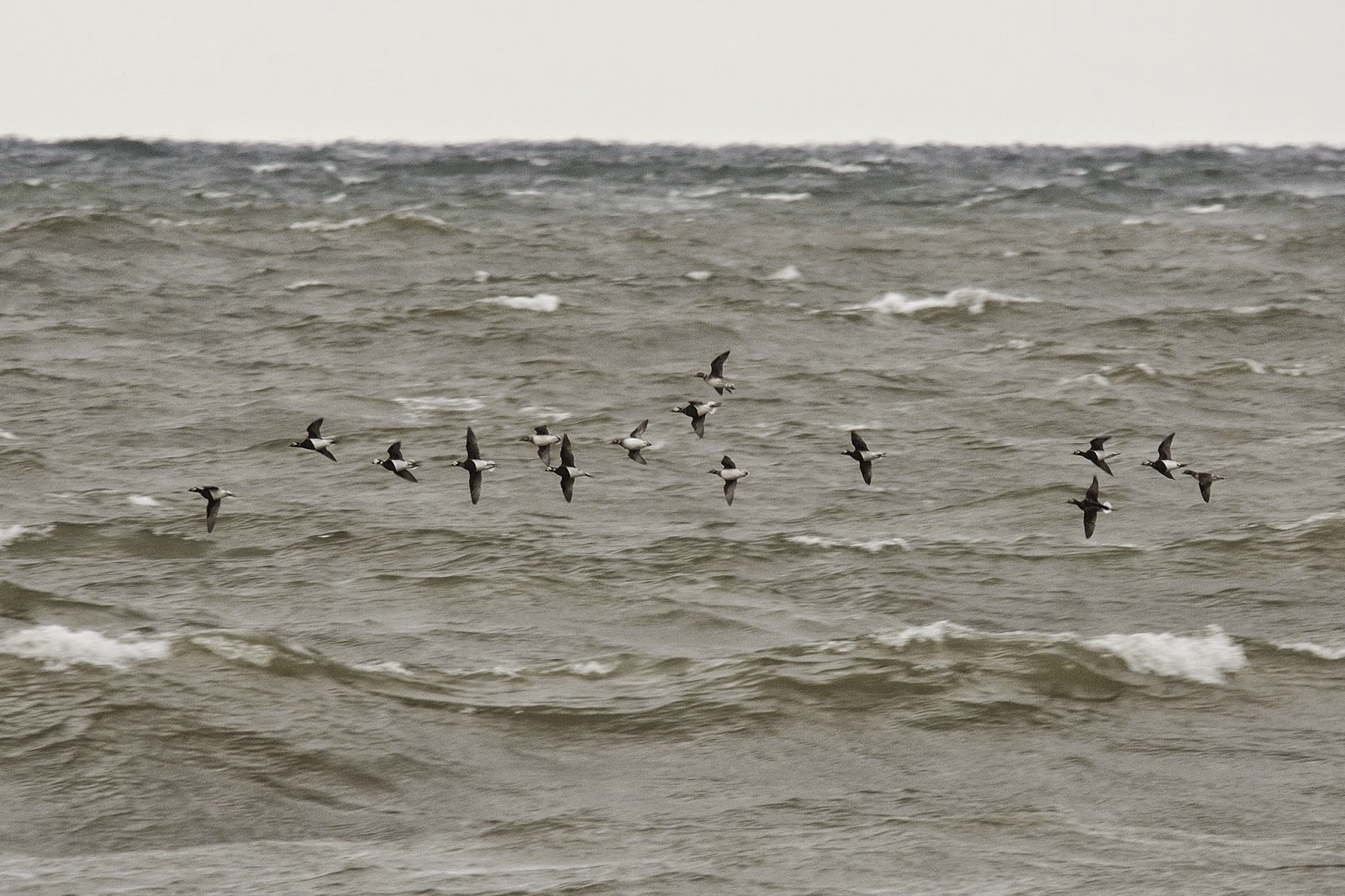 Two years ago the Long-tailed Duck was acknowledged as a globally threatened species. Bird scientists are very worried about this species and this year are start work on an International Management Plan for Long-tailed Duck. Estonia has its role too: our task is to sort out on which sea areas mass winter-gatherings of Long-tailed Ducks are located, where they restore their energy supplies after migration and survive through the winter.

Remo Savisaar was born in 1978 in Tartu, Estonia. He has been interested in wildlife since childhood, and he is seriously engaged in nature photography since 2005. His favorite subjects are birds and wild animals, and he likes to study their behaviour. Remo leads our Wildlife Photography tours in Estonia.

Remo’s works have won various awards and have been recognized on the international level. His picture diary blog.moment.ee was declared in 2006 as the World’s Best in the category of wildlife photography (Photobloggies Awards 2006).

In the photograph contest "Nature Photo of the Year 2014" Remo recently received the 1st prize in the category "Animals in Action", and was awarded second place in the animals’ portrait category. 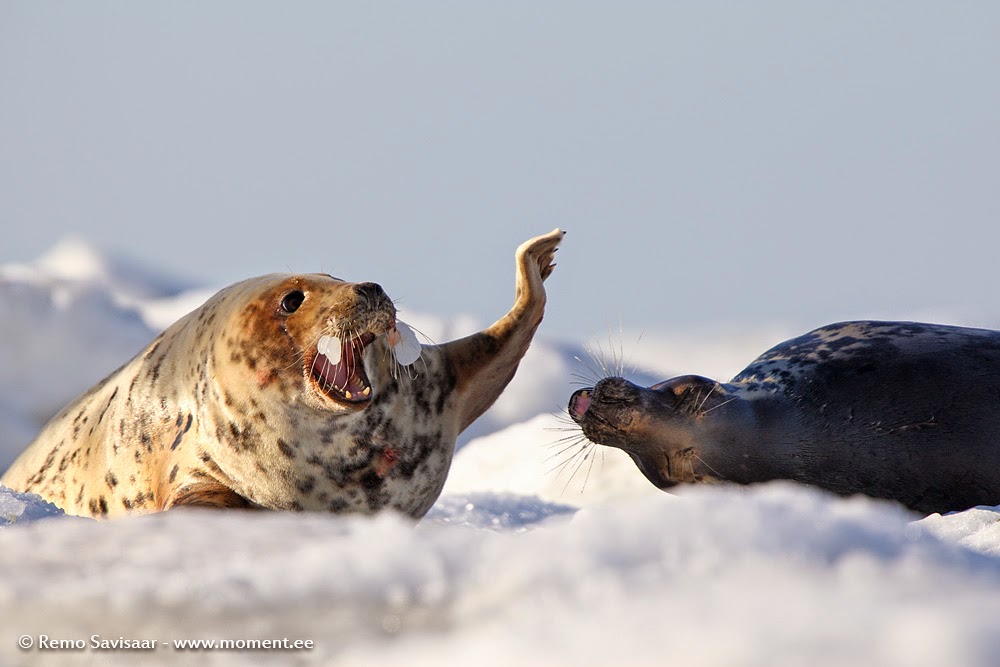 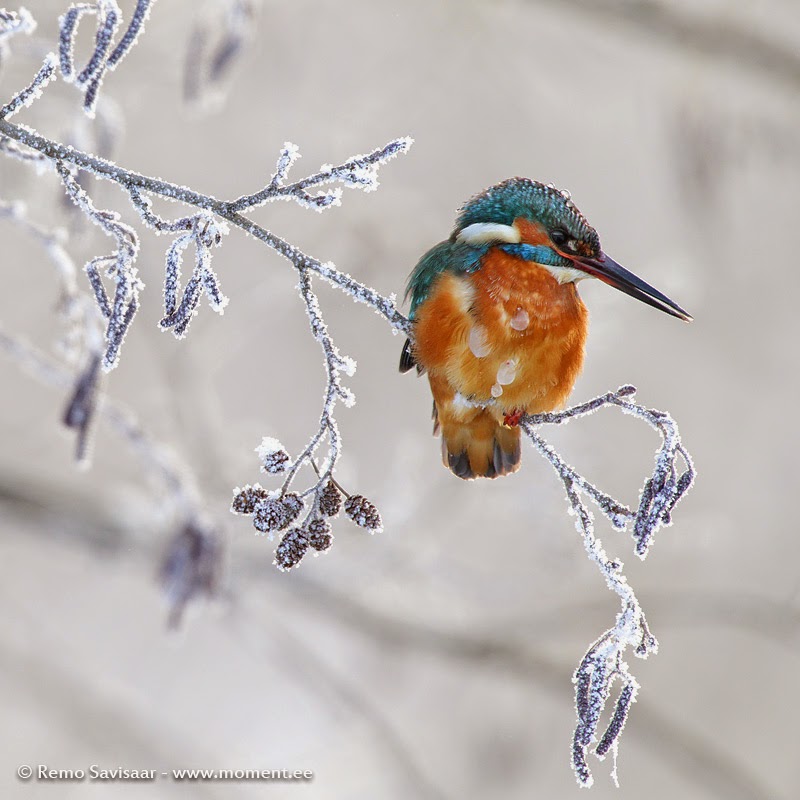 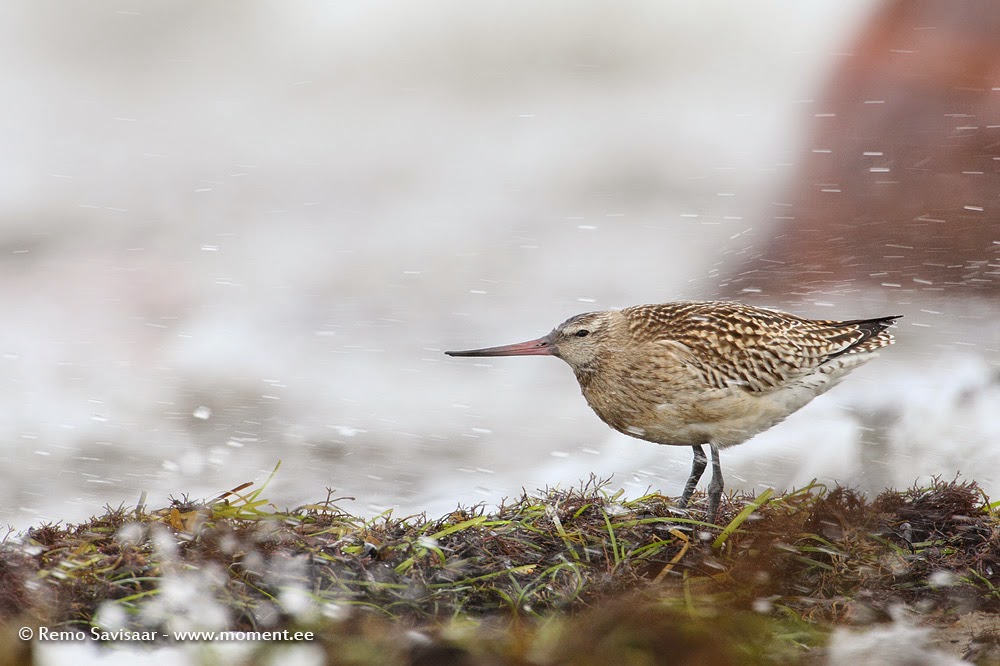 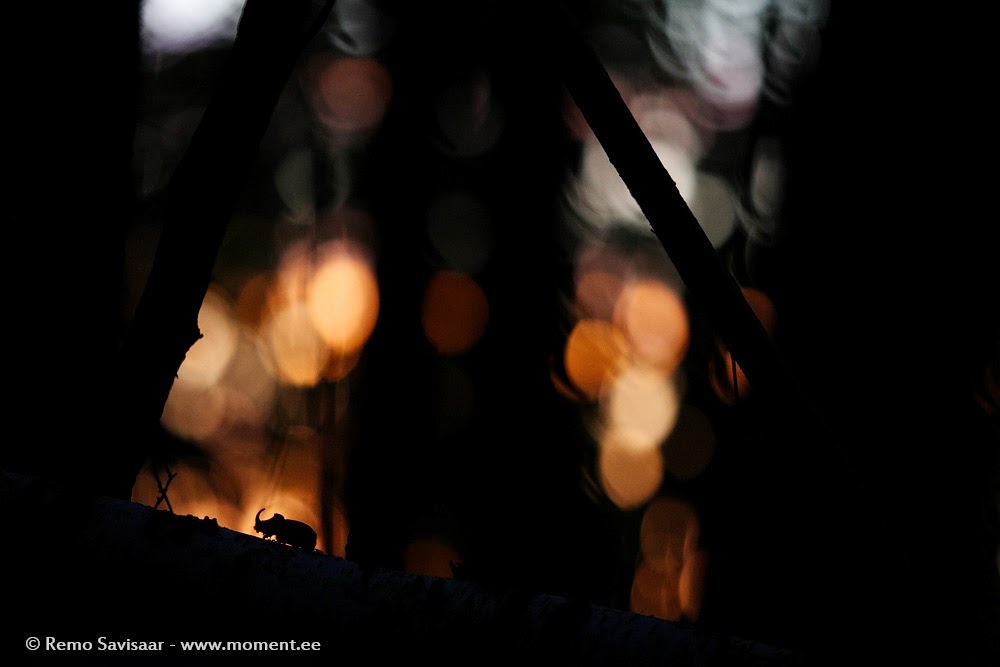 GDT European Wildlife Photographer of the Year 2013, Other animals - Winner 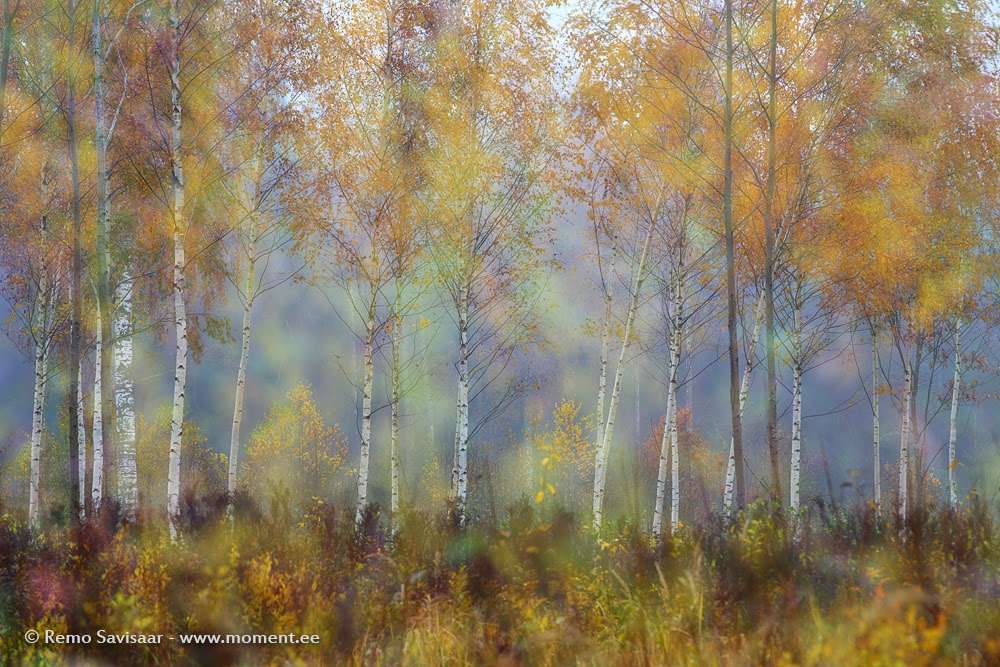 In 2012 Remo won high praise from the world's most prestigious wildlife photography competition, achieving the second place or so-called Runner-up in the category "Black and White Nature" (Wildlife Photographer of the Year 2012). 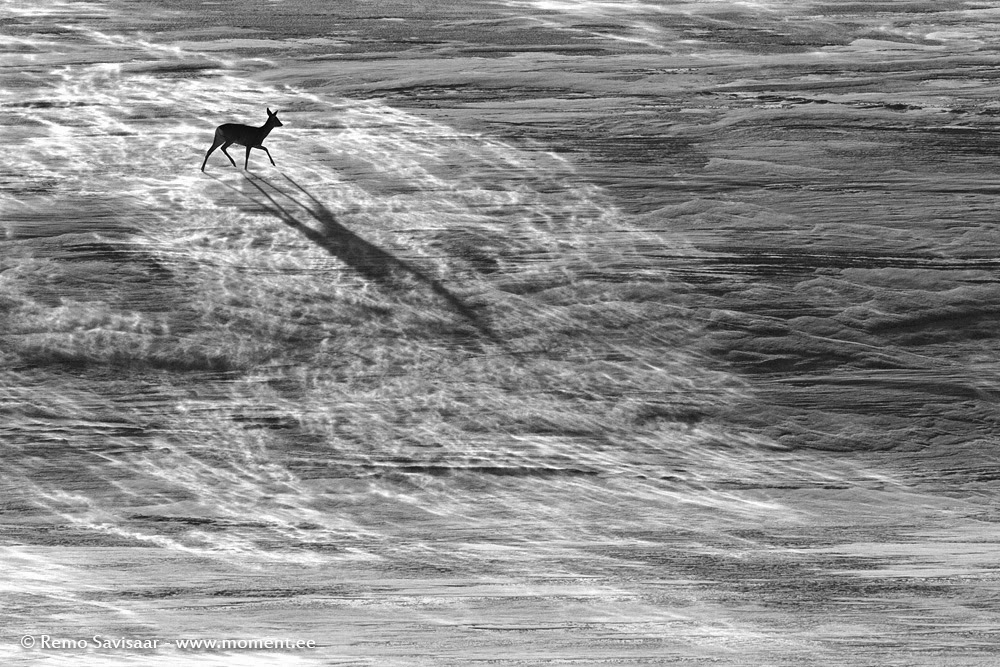 Wildlife Photographer of the Year 2012, Nature in black and white - Runner-up


In 2011, he was awarded the grand prize in the photo contest of “Eesti Loodus” (Estonian Nature). 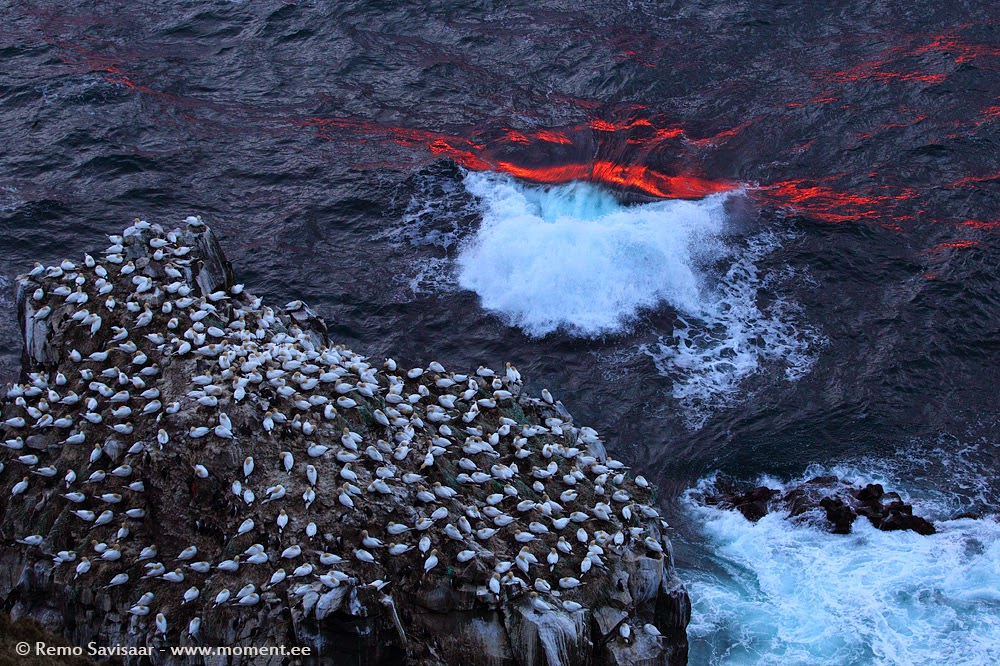 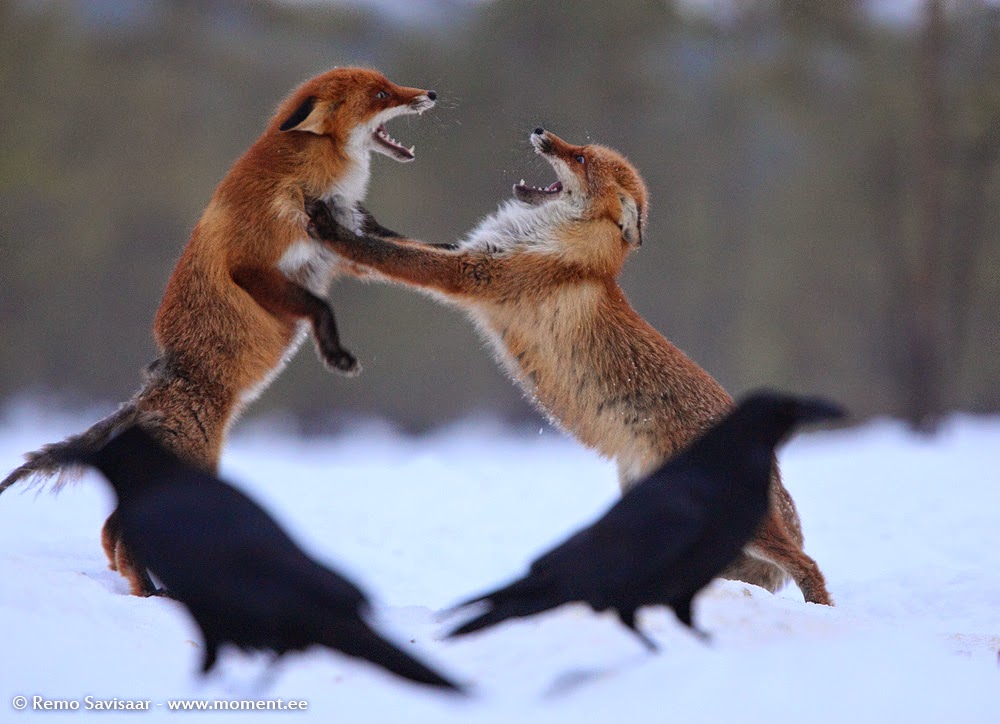 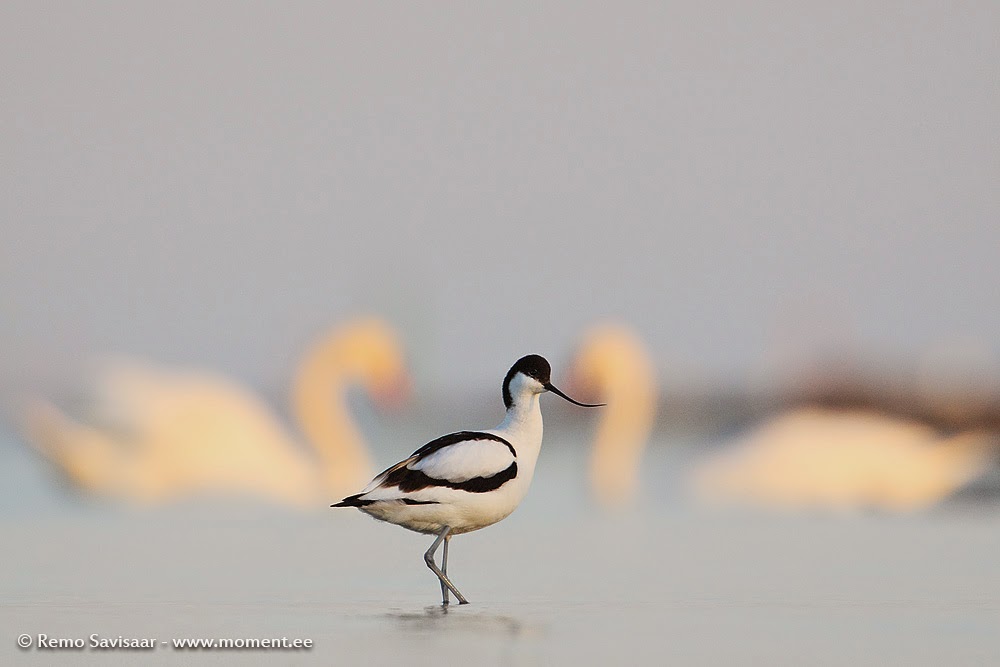 Remo has held several solo exhibitions of nature photographs and taken part in joint exhibitions. Remo’s work has been on display in the exhibition, both here and beyond - in Finland, Italy, Germany, France, Spain, Britain and China.

His photographs and photo stories have been published in various magazines (including National Geographic, among others). Remo has been a member of the jury for many photo competitions, has regularly lectured and he also organizes nature photo photography courses.