The Bears in Estonia are moving to the West

The abundance of bears has been growing during the latest decade little by little. As the consequence they have recently moved from the Middle Estonia to the West. While there were no bear litters in the Läänemaa County six years ago, then the latest count was showing four females with cubs. Leaving the female bears be unhunted has helped to increase their distribution area. 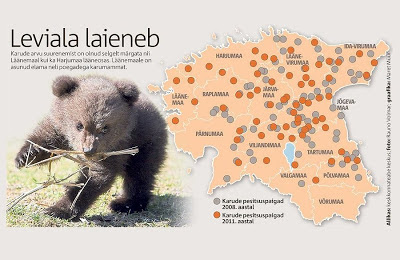 Peep Männil from the Department of Wildlife Monitoring has referred to the clear increase in the abundance of bears both in the Läänemaa County and in the Western part of the Harju County. “It can be mostly explained with the intensiveness of hunting: the pressure in these areas has been constantly low and so far no adult female bears have been hunted there,” explained he.

According to the latest abundance estimation there are 650-700 bears in the woods of Estonia. As a comparative remark we should say that the number of wolves is about 250 and the number of lynxes is up to 600. 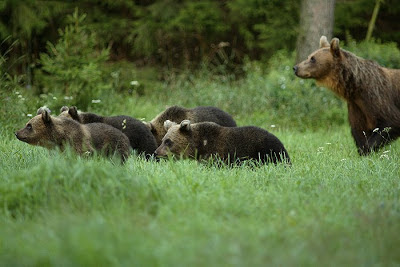 As of the bears it has been speculated that the increment rate has now stabilized after a prolonged increase period, mostly due to comparatively active hunting. In the previous season 53 bears were hunted, this year the number was 55.

The action plan of protection and containment of large carnivores for 2012-2021 is aiming at holding the number of bears at the level of 60 litters with cubs and 600 specimen as a minimum. Additionally it has been planned to carry on hunting as the remedy of preserving the fearfulness and to minimize bear damages.

Männil emphasized that for the protection of the bear population it is equally important to maintain their distribution to the Southern counties and prohibit hunting closer than 50 km to the Southern border.

Large carnivores have become extremely attractive nature tourism targets in Europe, mainly due to their low abundance and constrained distribution areas. Several countries, where the number of large predators is higher, have been dealing with this tourism branch for a long time already and lately it has started to developed in Estonia as well. The biggest attraction have been undoubtedly the bears. Unlike with wolves and lynxes it is possible to watch the bears, to take pictures and video clips and attract them to the feeding grounds and hides. 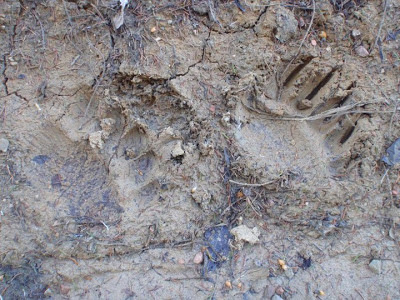 
The bears are active mostly in the twilight and at night. In the daytime they are usually sleeping in some sheltered place and leave when people get too close. Therefore it is not easy to meet a bear in the wild. Right now the bears are taking their winter’s nap or making the last preparations for the sleep.