250-300 pairs of Three-toed Woodpeckers in one National park in Estonia! 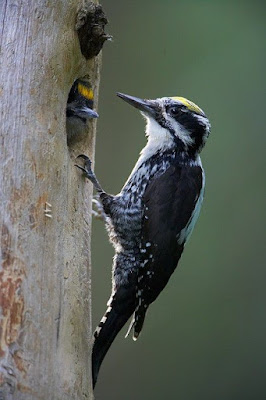 Woods in Lahemaa suit well also to owls. As it turned out the breeding density of Ural Owl, Pygmy Owl and Tengmalm's Owl is 2-3 times higher than Estonia's average. There are also up to 5 breeding pairs of Eagle Owl in Lahemaa NP.
Intriguingly Hazel Grouse and Nightjar are also among the species of high number (both about 400-500 pairs). These areas occur to be favourable to our Bird of the Year: there are about 15-20 pairs of Honey Buzzard and 70-80 pairs of Common Buzzard. Curiously enough there are practically no Spotted Eagles (just perhaps 1 pair), but the 2 only known North-Estonia's breeding pairs of Osprey are also from Lahemaa.
In rural and agricultural landscapes the most important bird species conservationally speaking is the Corncrake with exeptionally high number (450-500 pairs) and the highest breeding density in our country (up to 10 pairs per km2). 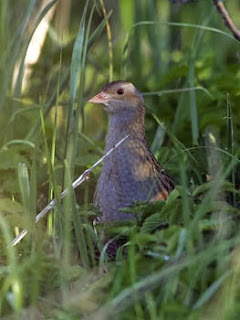 As of new breeders in the coastal areas there are now 1-2 pairs of Canada Goose.
The most substantial and labour-intensive one-time bird inventory in Lahemaa NP was carried on from August 2013 till July 2014. Fifteen researchers were participating in this job, among others ENT bird guide Kaarel Võhandu. The elapsed time for these observations was all together 150 workdays and -nights.
This year elaborated bird inventories are carried on in 3 large and 7 smaller Natura Bird Areas. This will bring to completion the goal put up by Estonian Ornithological Society to fill the gaps and gather reliable and relevant fundamental data from all 66 Natura Bird Areas in Estonia. 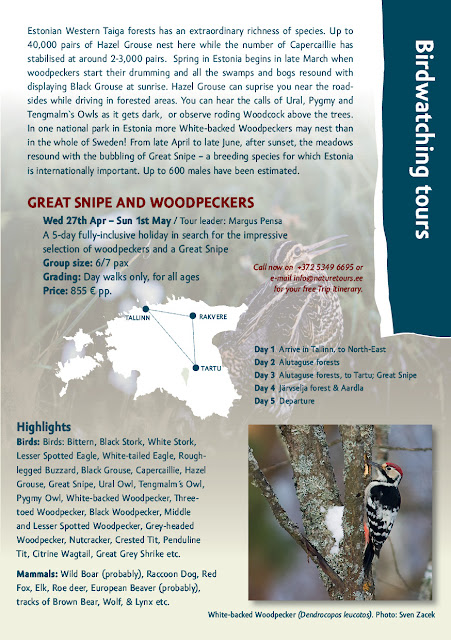